My title is a double entendre, because I bought my plane ticket to leave this wonderful Amazonian city and head back north, to the frigid Michigan winter, and I also took a trip outside of Manaus. A little trip to serve as the cherry on top of this extended stay.

For those who don’t know, Manaus is like an island to itself, in northern Brazil. There aren’t any major cities in Brazil that can be driven to. You have to take a boat or a plane. The only exception of driving to a big city is the highway that runs north from Manaus and goes 2000+ kilometers, all the way to Caracas, Venezuela.

I made a trip up that highway, but only 1/20th of the way to Caracas. I went to the escape of choice for most Manaus locals. A little place called Presidente Figueiredo. A little getaway 100 kilometers from Manaus city limits.

Presidente Figueiredo is a place that is exciting to visit. It has a lush rainforest, rivers that run through it, rolling hills, and gorgeous waterfalls. Though the hills aren’t big, by any means, they’re large enough to create a few valleys and for the rivers to be able to carve them out and have the beautiful falls. 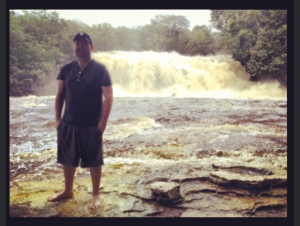 There is a center in Presidente Figueiredo where most people stop. It’s free to the public and it has places to eat and some gift shops.

The owners of these businesses are showmen who try to do what they can for you to choose their establishment.

There is also a big statue of a native with a bow and arrow aimed at the sky with some local animals by his side.

Down a hill from there is the area where people swim. There is even a zip-line for people to go from one side of the river to the other, which costs about $4.

When the water levels are high and the rapids are fast, there are people who rent tubes for people to use to go down the river. 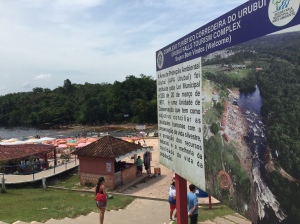 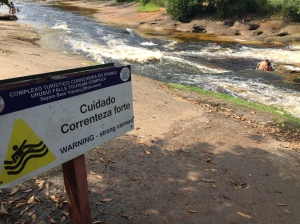 (Note: USE the tubes! I learned the hard way that when you just jump in the rapids, it will not end up well!

These pics are from a trip in July when I decided to brave the rapids without a raft. The water was high and the rapids were strong. )

Throughout the Presidente Figueiredo area, though, there are other areas to visit. There are caverns to explore. (You have to hire a tour guide of this. I haven’t done it yet.) There are multiple waterfalls to visit and swim in. When visiting these falls, be prepared to spend about $4 per person to get into each park.

These parks have swimming areas. Some have little caves. You can get as close to the falls as you choose to, since there aren’t people telling you what to do. As you can tell from above, I like to push the envelope and take risks, so I really enjoy going to these parks. 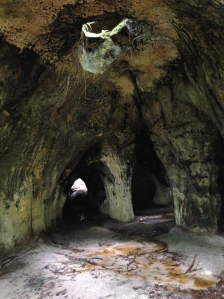 When visiting Manaus and looking for something to do outside of the city, I suggest taking the trip to Presidente Figueiredo and take in the beauty of the Amazon Rainforest and the tributaries that eventually make up the Amazon River. 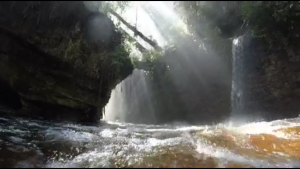 One thought on “Getting Out of Manaus, Amazonas, Brazil!”