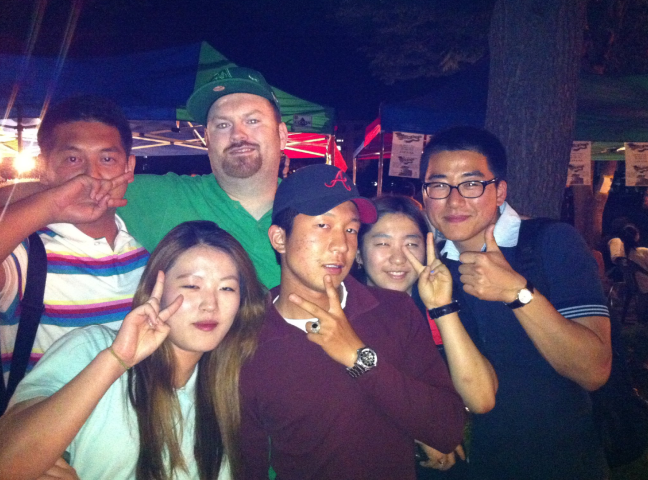 I was in my home country, fresh off of college graduation. I was wide-eyed and ready to go. I moved around within the country, trying to find work. It wasn’t going well. I was spending time on my cousin’s couch and then, later, at my aunt’s house in her spare room. I was desperately looking for work. I was willing to accept any position that came to me. I was applying everywhere. The problem with having a degree and applying for a low skill job is that they know you will not be a long-term employee. So, in turn, I wasn’t hiring material to low-level positions. Also, I did not have as much experience as other people who were out of work and applying for the same positions I was applying for.

You see, in my country, in 2010, there was an economic free-fall. We were involved in two wars. The markets had crashed. Unemployment skyrocketed. Fuel prices were driving up the cost of living and I was getting desperate. So, I began to look outside of my country. It didn’t take long to see greener pastures in a foreign land. The opportunities seemed bountiful. I was sold.

I had an employer actually pay for my plane ticket, within 2 months of beginning my search, to come over. I was ecstatic! Not only to get out of the desperate situation I was facing, but to also travel to a foreign country. Not just travel, to actually get to experience the culture and to become a part of the country’s fabric.

I was given instructions of what to say to the customs agents and to show a return ticket that proved I was leaving. The thing was, this return ticket was nonexistent. It was really just a print off of a ticket for someone else. I didn’t know at the time, but I was entering the country without the right to work there.

I was unfamiliar with the work visa process. I didn’t need a visa to get into the country and I was told that the work visa would come as I got there.

That didn’t happen. I began working the day that I arrived in the country! I’m talking about 5 hours after my flight landed! My new boss was serious about me earning my keep, right away!

I worked for two months before anything was talked about with a work visa. I was told that they were in the process of making it happen. This wasn’t true.

I started to feel restrained. My boss insisted that I do not get mail to the business location. He suggested that I refrain from having anyone send me anything there.

A week later, I had shown up for work and was told that I had to hide! That’s right hide! Apparently there was a surprise inspection by the state, who suspected that my employer had illegal migrants working there, and I couldn’t be seen. They moved me to another building that my bossed owned and I had to work from there for the day.

Having to hide from the government isn’t fun!

Worrying about being deported or fined, or worse, jailed, was really not fun.

You see, when I left the USA to go to South Korea, I thought that I was going to be a legal worker and teach children English for at least a year if not more. My employer and the recruiting company that found me were skirting he laws to get me there before filing for the work visa, because the school needed a teacher ASAP.

There were some difficulties in me actually getting a work visa, one being that the state already, and rightly so, suspected that the employer already had me working there. Also, there was a history of bad blood between the school and the local immigration office.

Part of the blame is on me. I should’ve researched the situation a little more.

2 thoughts on “Life As an Illegal Migrant Worker”