January 27th, 1945. The U.S. soldiers had made their way to a German controlled city in Poland that horror stories had been coming from. Where the unimaginable was happening to human beings.

Auschwitz had a camp. Not just any camp, an extermination camp. A camp to kill other human beings on a mass scale.

I obviously wasn’t around for this incident and I cannot even imagine the horrors seen by the troops who walked into the Auschwitz camp and liberated the remaining prisoners.

I’ve heard stories of prisoners who were so malnourished that they actually were killed by eating something.

Most of us know of some of the horrible things that took place in Nazi controlled Germany. So I will not dwell on the atrocities.

I know that there are some brave men, women, and children that survived that camp. Some that returned there on January 27th, 2015, the 70th anniversary of their liberation from the camp, to look for some type of closure.

This is the reason that I visited the work camp in Dachau, Germany.

The camp here wasn’t nearly as deadly as the camp in Auschwitz, but many Jews and enemies of Hitler lost their lives and were imprisoned in Dachau.

I went on a cold November day. The sky was an overcast gray, the air was bitter cold, and the wind kept you frigid. It was the perfect day for me to be there.

The weather was uncomfortable. It helped put more things in perspective.

As I walked through the heavy iron gates that had the words “Arbeit Macht Frei,” (Work makes you free) formed from iron rods, embedded in it, I was uncomfortable. 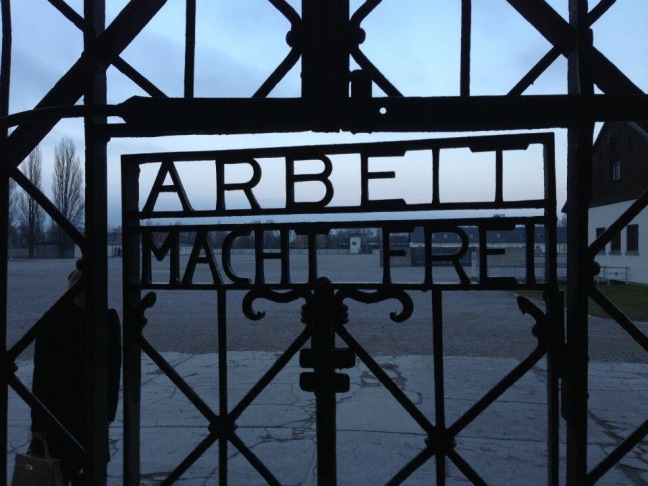 The scene was eerie. With every step I took, I was putting myself into the shoes of a prisoner. Trying to imagine what it would’ve been like.

Trying to imagine surviving and fighting to stay alive and well. Dealing with the weather without the proper clothing would’ve been one of the least of the worries of a prisoner, and that was a big worry of mine that day.

My friends and I took a self tour through the main building that was used for work (slave labor) and other clerical deeds. There were kiosks that told different stories of the groups of people who were in the camps. Prisoners of war, Hitler’s political rivals, Jews, blacks, and Germans who did not support the Nazis.

We walked from the long building across a courtyard to the barracks. The prisoners would’ve had to sleep on bunk beds that were crammed so tightly together that I don’t think I could fit in them. 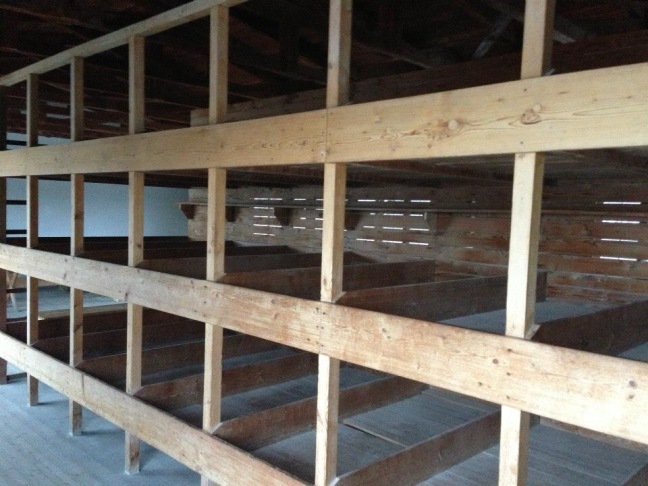 The toilets were in an open room and just went through a hole in the floor. I was having a hard time really imagining the squalor that the prisoners must’ve lived with.

Then we got to the most grim part of the tour that I was dreading the most.

We came upon a building that was unassuming from the outside. A red brick building nestled against a backdrop of pine trees. A building that, had I not known better, would’ve looked inviting on a cold winter day.

Upon entering the building, there was a door to the right. I walked into the room and just felt at a loss. There was a picture that showed this exact room when the Allies liberated the camp. The picture showed bodies stacked almost to the ceiling. It was sickening. 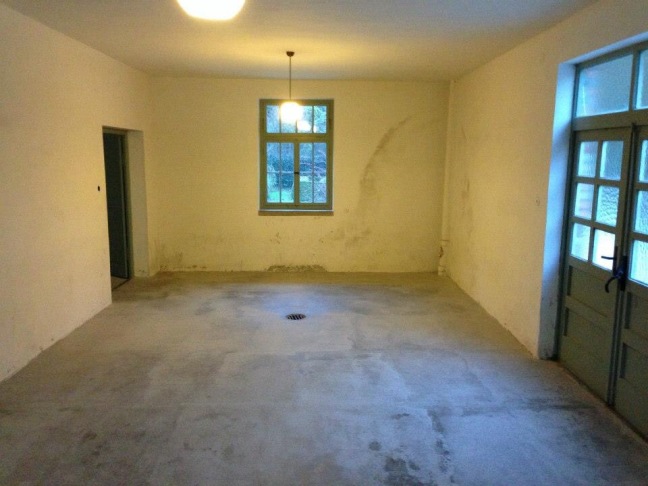 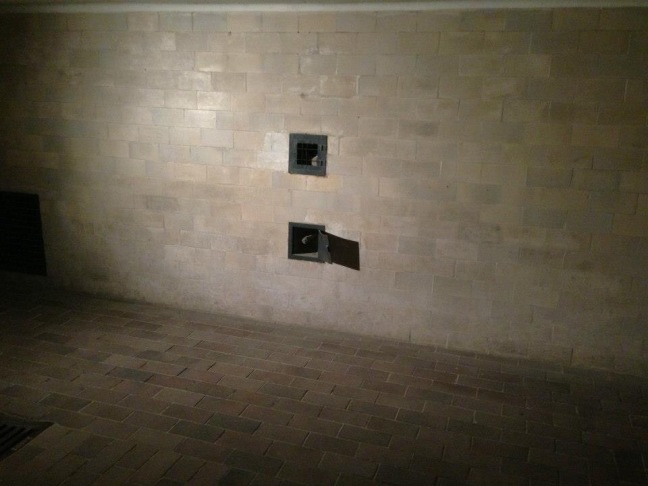 This room was a failed attempt at a gas chamber, but later became a storage room for the underperforming crematories.

As I exited and walked into another room, I was greeted by giant furnaces. Furnaces that seemed to still have ashes in them. Furnaces that I have no problem with conjuring the image of. Furnaces that will forever be with me. Furnaces that had the sole purpose of disposing of the prisoners who perished in the camp. 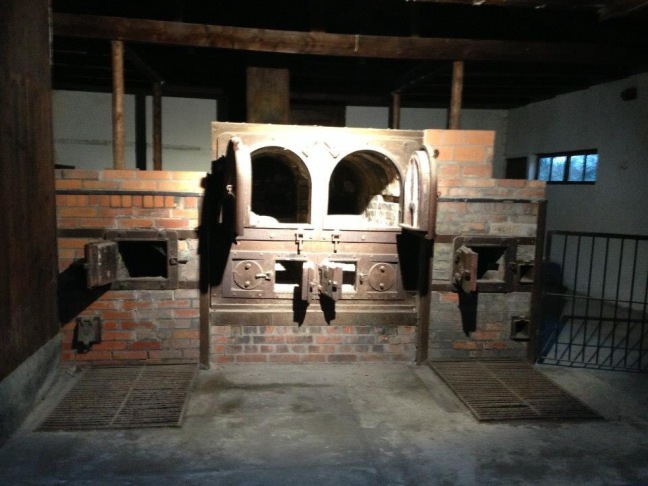 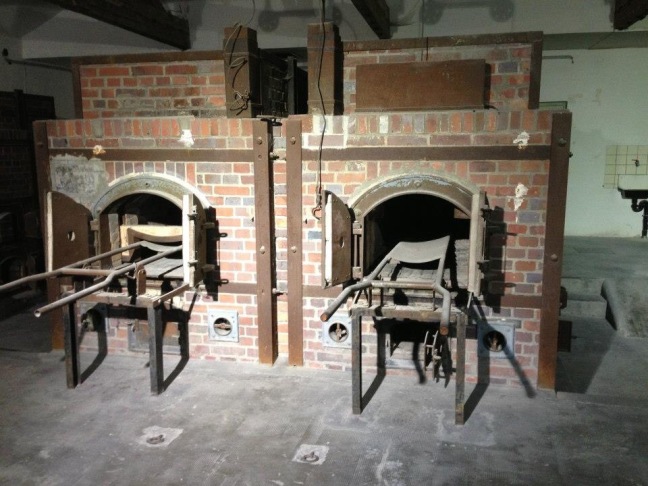 Dachau wasn’t as brutal or cruel as Auschwitz and that is scary. Dachau would’ve been a nightmare beyond imagination for anyone with the unfortunate sentence to lie imprisoned there. It’s a nightmare for those who didn’t experience the atrocities when they happened, but who visit there 70 years later.

I wanted that visit to remind me that when there is evil happening, those who stand idly by and do nothing are part of that evil.

I hope I never have to fight against something like this in my lifetime.

If you are traveling or living in Germany, Poland, or Austria, please, go to one of the camps and see it first-hand so that you will have a better idea of what happened and will hopefully want to be more vigilant towards making sure that nothing like this ever happens again.