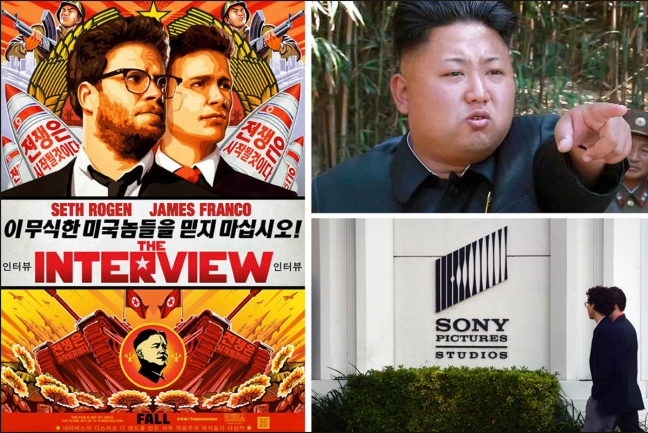 This week, Sony Pictures decided to not release the film “The Interview,” which stars James Franco and Seth Rogan. The release of the film, which is about the assassination of North Korean leader Kim Jong-un, was shut down due to threats from a group of North Korean terrorists who threatened to attack movie theaters that showed the film.

Many people are criticizing Sony for the move, including President Obama. Critics are saying that Sony lets the terrorist win if threats alone can get them to change course.

I have an even stronger opinion about what transpired.

I understand pulling the film, party because the five largest theaters already said that they would not play the movie and also because Sony would not want to feel responsible if something actually did happen.

I also understand that we cannot let idle threats from another country dictate what we do in America.

My biggest issue with this whole situation is that Sony even green-lighted the movie in the first place!

Why would it seem OK to make a movie about assassinating a real person, let alone a real world leader?

Kin Jong-un is a real person that millions of people follow. He isn’t a made up fictional character!

Just because a leader seems wacky and crazy, we shouldn’t promote entertainment that seems to advocate the assignation of that REAL person.

There is s fine line between art and lunacy. The making of “The Interview” falls on the side of lunacy.